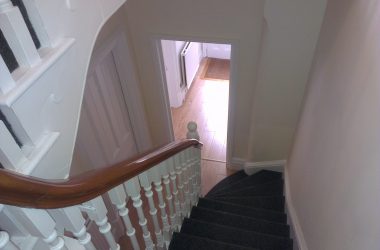 This luxury Lincoln student accommodation is located in Lincoln City Centre on Beaumont Fee (near Home nightclub) with FREE parking for up-to 4 cars!

No Agent Fees to pay!

This 9 bedroom Luxury City Centre house share is ideally located within easy walking distance of the University of Lincoln for 2020 / 21 academic year!

Registered with the City of Lincoln Accreditation Scheme for Student Housing!

This luxury Lincoln student accommodation is convenient for all the facilities the city has to offer.
Bus station and train station are a very short stroll away.

Bedroom costs in this luxury Lincoln student accommodation are as follows:

Contact us now for more information and how to apply!

Investors spend heavily in student housing has soared in recent months, reveals new research by CBRE, which shows that £246m was spent in the first quarter of 2012 and over £1.1bn in 2011. With demand on the up, everyone is clamouring to get back into the classroom. One Nottingham developer is even converting a pub into student flats, sparking protests from locals.

The volume of let properties increased every quarter in 2011 when compared to 2010 with Q3 seeing the most significant increase of 14.46%. A number of seasonal trends were prevalent in both the rental and resale markets with December the least popular time to market a property and the summer months the most common.

May was the busiest month for resale properties added to the market whilst August was most active for rentals, which could be attributed to students preparing for a new term at university.

For the year as a whole the number of resale properties taken to market exceeded those that were let out. The exception to this was around the Christmas season which was the least popular time to sell a house.

London dominated the rental market with 20% of all UK rentals being based in the capital. This dropped quite significantly when it came to houses for sale with London only accounting for 10% of appointments. The South West had the highest percentage of For Sale properties at 12.2%.