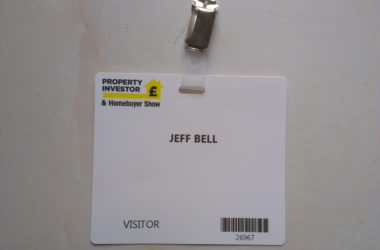 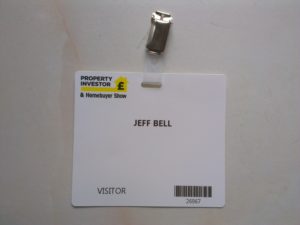 It’s been a few years since we last attended the Property Investor & Home Buyers Show. Before attending we ear marked seminars we wished to attend and key exhibitors we wanting to connect with during the show.
The show is a 2-day event with investors tending to visit on the Friday whereas Saturday is open to the public at large… Unlike previous years the when show had exclusive use of the Excel it’s reduced size meant other events were taking place at the same time (such as The Cake a& Bake Show, BDIA Dental Show & Magic: The Gathering London GP 2016).

There was a total of 45 seminars on the first day between 10:30am and 5pm and as we had a lot of people to see in between time we had to be selective. As the high court threw out the high court case lead by Cherie Blair regarding section 24 the day before a few of the hot seminars on tax planning became irrelevant unfortunately (BTL Limited company incorporation).

This was a very insightful presentation going through all the current and proposed future changes in regards to property lettings and sales. Here are some of the key points:

Probably the best presentation of the day with copious amounts of useful property legislation information.

Here are some of the key points:

Formerly of BBCs secret millionaire, Jill gave her insight into courses on investing in property in the current climate from sourcing property to financing the purchase to refurbishment to sale or letting. Here are some of the key points:

Good presentation with a sales pitch at the end…

There were over 100 exhibitors at the show with most many official bodies such as NLA, RLA, ARLA, NAEA, TDS. No sign of Rightmove or Zoopla, but on the whole most exhibitors were estate agents, letting agents, auctioneers, finance with odd service providers offering portfolio building.

Overall we had a good day, met some new contacts as well as familiar faces and received valuable updates on property legislation (which is constantly changing) from official recognised property organisations. We will definitely be attending future shows. 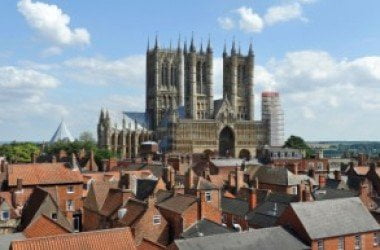 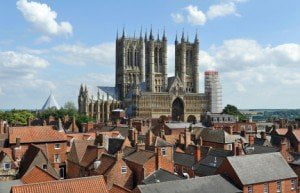 With the rise in students entering Lincoln (now having 2 Universities) the demand for accommodation has brought about a rise in houses of multiple occupancy (HMOs) and in certain areas like the West End, Arboretum and the High Street, local residents have deemed there to be a rather high concentration of HMOs, hence the call for this meeting…

IMPORTANT NOTE: If article 4 was to be introduced it wouldn’t be retrospective (i.e. those with Lincoln HMOs would not be affected). Basically article 4 would require future landlords to obtain full planning permission before converting a property into a HMO.

Summary
There were a number of representatives given 5 minutes to put forward their case for or against implementing article 4 or some other intermediary alternative.

Tenants
A few HMO tenants from West Parade, High Street and Arboretum expressed useful nature of HMOs with regards to affordability and convenience.

Residents
Local residents expressed strong support for article 4 and opposition to additional HMOs in the West End area. Pointing out issues of anti-social behavior, such as loud music / noise at in appropriate times of the night.

University
Bishop Grosseteste, University of Lincoln and the Student Union all expressed strong views against article 4, stating the need for student integration rather than segregation. As the Universities expands the demand is even greater for student HMOs. Also pointed out that most anti-social behavior (ASB) is carried out by those walking around with alcohol during the day and sitting on stairs of HMOs intimidating passers by.

National Landlords Association (NLA)
Representative from the NLA put forward a case for accreditation and discretionary licensing of HMOs.

Councilors
Some councilors were strongly in favor of article 4, where others were more pragmatic in understanding the sheer volume of resources and financial investment required to implement. It looks more than likely to be an intermediary solution.

There were many valid points raised at the meeting, let us know your thoughts…

The National Landlords Association (NLA) reminds all landlords of the dangers of carbon monoxide and the importance of maintaining any gas, oil, wood or coal-run appliances.

Faulty appliances can cause carbon monoxide (CO) leaks. CO is an odourless, colourless and tasteless gas which is highly poisonous and can kill within hours or cause serious illness through long-term exposure. Symptoms of poisoning include headaches, dizziness, nausea, breathlessness and loss of consciousness.

Landlords are required, by law, to have gas appliances checked every 12 months and to provide the inspection report to the tenant. Only a Gas Safe registered engineer should carry out gas work. Landlords should also install carbon monoxide detectors in their properties. These detectors will warn tenants of a leak.

landlords set to pull out of LHA sector

Over three-quarters of private landlords who currently accept LHA sector tenants are set to be forced out of the market, unable to afford to continue letting to those on lower rates of Local Housing Allowance.

A new survey of 528 landlords in October by the National Landlords Association has found that Government caps being rolled out on housing benefit payments will have a serious effect on tenants reliant on LHA.

The first cuts, affecting new tenants, came in last April, and the second round, affecting existing tenants on LHA, are due to be implemented in the New Year.

The survey found that 77% of landlords who have LHA tenants are either considering or already taking steps to reduce their involvement in the LHA market.

A quarter of respondents say they are already reducing the number of tenants they have on housing benefit payments, while half plan to do so in the future.

NLA research has found that the LHA cuts will have a varied impact on families across the country, with some losing very little but others losing hundreds of pounds.

Some examples of how the caps will reduce LHA payments, based on rates from March 2011 before the cuts began in April, are:

David Salusbury, NLA chairman, said: “The shortage of housing across the UK is putting even greater pressure on the private rented sector. Capping housing benefit payments at this time will only lead to more people struggling to pay their rent.

“The Government must monitor the impact of the roll-out of LHA caps. It is essential that tenants are not left at risk and that landlords can continue to provide this accommodation for the more vulnerable in society.

“The number of people claiming benefits continues to rise, and these caps could result in fewer affordable rental properties for benefit claimants.”

Landlords vulnerable to rate rises, as an interest rate rise of 2% would have a negative impact on 89% of landlords, with 53% concluding that the effect would be significant in a survey by the NLA.

A further 8% would be forced to re-evaluate their future as a landlord, with 6% having to reduce their portfolios or leave the private-rented sector completely.

Some 662 landlords participated in the survey.

Almost three quarters of those landlords have at least one mortgage, and of those 47% have at least five BTL mortgages held against their property portfolio.

Under one half of landlords, 49% strongly agree that the market would further benefit from more Buy-to-let lenders and greater competition.

David Salusbury, chairman at the NLA, said: “These statistics show how important it is for a landlord expanding their portfolio to construct a sound long-term business plan when considering buy-to-let properties.

“The NLA believes that such properties can be a worthwhile investment and can help ease the current housing crisis by providing a source of much needed housing, but landlords should ensure that they plan for the future and are mindful of any potential increases in BTL interest rates.”

The NLA Accreditation Scheme provides local authorities with the means for compliant landlords to self-regulate and keep up-to-date with best practice and legislation, freeing up vital resources to tackle the small number of rogue landlords that blight the sector.

Over 85% of landlords who have completed the scheme to date have described it as ‘excellent’.
Advertisement

David Salusbury, NLA chairman, commented: “The NLA Accreditation Scheme provides local government with a valuable vehicle to raise standards within the private-rented sector and local authorities are now waking up to its potential.

“The NLA Scheme provides landlords with a clear way of demonstrating that they are professional by understanding their obligations, as well as the extensive legislation governing the letting of private residential property.

“The fact landlords can become accredited through the NLA’s Scheme without cost to the public purse is an obvious benefit.

“We’re very pleased with the feedback from participating landlords; with 85% of those completing the scheme describing it as ‘excellent’. These individual landlords will now be able to promote that fact that they are accredited by the NLA.”

The National Landlords Association (NLA) has roundly condemned the Government’s announcement which will reduce the supply of shared housing.

In a statement, Housing and Planning Minister John Healey MP revealed plans which will require planning permission for new shared housing where three or more unrelated people live together. Twenty per cent of private-rented sector properties are shared, a figure which is rising year-on-year.

HMOs play a vital role in providing much needed housing for students, young professionals and those on low incomes who rely on this type of affordable accommodation. Large cities across the UK greatly depend on shared housing as a first step. By making it more difficult and costly for landlords to provide this type of accommodation, these measures will reduce choice for tenants and increase pressure on local authority housing lists.

The Rugg Review, an independent review of the private-rented sector commissioned by the Government, already dismissed these changes to the planning system as an ‘extreme response’ which ‘local authorities are ill-equipped to handle’. The Government clearly has no idea of the impact of this measure on the housing market, according to the NLA.