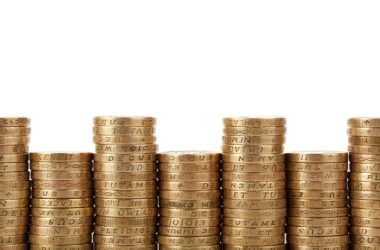 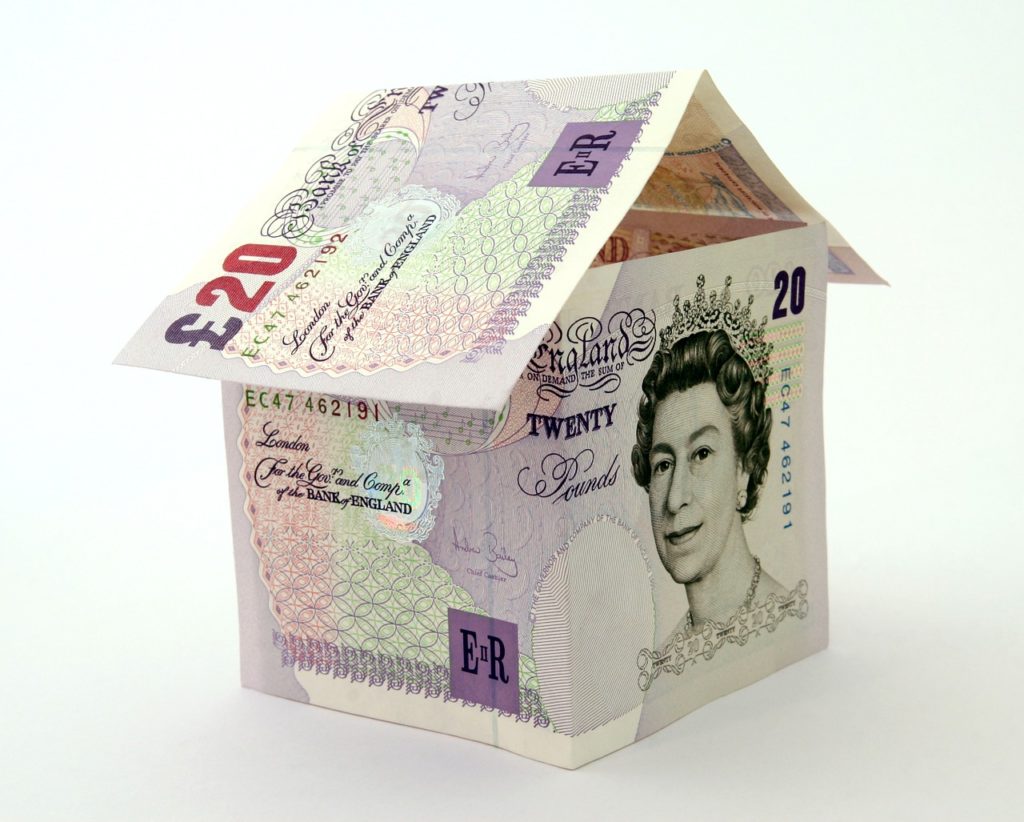 With the start of the New Year investors both active and otherwise will be interested the property market for 2016 and onwards. There are many factors, such as the Landlords 3pc Stamp Duty Hike for second homes coming into play in April 2016. Low oil prices and a strong pound will continue to have an effect.

With that said many are ploughing ahead with buy-to-let investments and fuelling the housing prices by ramping up acquisitions prior to the Landlords 3pc Stamp Duty Hike. There are those investors who are being dissuaded by the future inability to claim interest payments against taxable income which will come into force in 2017.

Investors were have been able to claim tax relief on their mortgage interest payments at their marginal rate of tax. Meaning a basic rate taxpayer would get 20 per cent tax relief, but those at a higher rate would receive 40 per cent relief, while top-rate taxpayers could claim 45 per cent.

When the changes come in, tax relief will be a flat rate of 20 per cent. Landlords who pay basic rate tax would see no change, but those on higher incomes will find themselves losing much more in mortgage interest payments. This will no doubt deter the more risk averse investors.

If planned interest rate rises from Bank of England come into effect this year there could be a potential returns reduction for buy to let investors.

Permitted Development has contributed to the building of thousands of houses in recent years and will continue to do so in 2016.

In areas like London the influence of foreign investment will continue to push house prices up. London has the highest rents of any city on the planet at an average of £2k per month, and rose by more than 4 percent last year so it’s becoming an investors market.

But huge variation in rents across the capital means that there is still hope for many.

Areas like Bexley have been named as the most affordable London borough in which to rent, with the average house now costing around £1k per calendar month. For investors coming into the market they can still access affordable investments with strong demand.

UK house prices grew at their fastest pace in eight months in December 2015 and this was amid warnings that a shortfall of new supply could push price growth higher in the new year.

Prices rose by an average of 0.8pc in December 2015, according to data compiled by Nationwide, an acceleration from November’s 0.1pc growth. The monthly rise took the annual pace of growth to 4.5pc and the price of the average home to £197k.

We personally see the property market factors mentioned having varying affects depending where you are in the country, clearly London will always be on the rise, but other parts of the country isn’t so obvious.

What are your thoughts on the 2016 property market? Comment below. 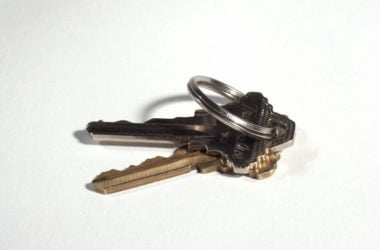 How will the Chancellor’s stamp duty reform affect you? 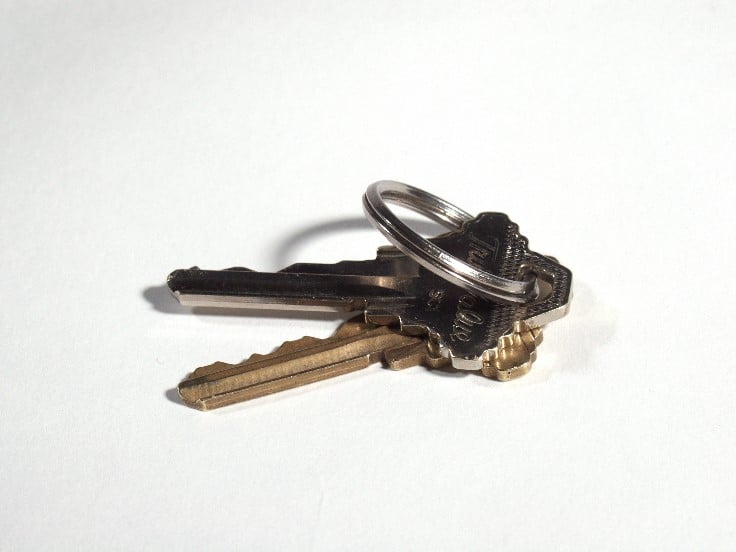 In today’s Autumn Statement the chancellor George Osborne has announced that from midnight tonight existing stamp duty rates will be scrapped in favour of new rates.

The new rates are as follows:

The current rates are as follows:

Osborne indicates the changes in stamp duty will result in a cut for 98% of homebuyers who pay it. He also claimed that only homes that cost just over £937,000 will see their stamp duty bill go up under this system.

Winners at the lower end of the market:
With a typical house price of £130,000 under the current rates buyers would have too pay £1,300, but from midnight tonight this will be £100.

Losers at the top end of the market:
For those properties at the more affluent end of the market, they will taxed more than previously with a typical £2.1m home costing £147,000, but this will increase to £165,750. 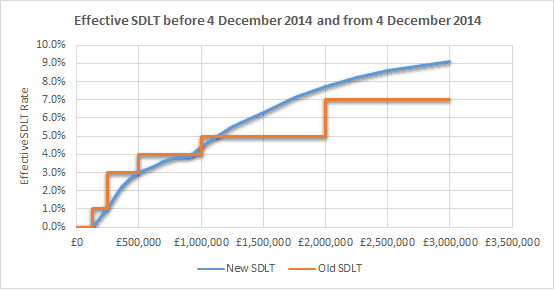 With the biggest change being each tax rate will apply only to the particular slice of the selling price to which they apply, not the whole value of the property (as at the moment).

While Osborne says that the new rates will see the majority of property buyers save money, the tax of 12% on the most expensive properties (over £1.5 million) is significantly higher than the 7% on properties over £2 million previously in place.

The changes will incur the biggest cost out of all those proposed in the Autumn Statement, costing the treasury up to £730m of lost tax next year, the Office for Budget Responsibility has calculated.

Anyone in the process of buying or selling a house that have exchanged contracts but not completed the deal by midnight tonight, it’s confirmed that they will be able to choose whether to pay under the old or new system, so no one in the middle of moving house will lose out.

What are your thoughts on these changes?

Stamp duty can often be one of the largest costs that can be overlooked particularly for buyers who are focused on saving an initial deposit for their first home.

The offer is available through a range of “Stamp Duty Special” products in the Halifax Intermediaries mortgage range and means all first-time buyers purchasing a property between £125,000 and £250,000 have the choice of taking this offer.

At the other end of the spectrum, only 21% of first-time buyers in London purchased within this range.

Would this sway you to go through the Halifax?

The decision, subject to any appeal, could save more than £170million for the UK Exchequer.

Regulations have also been laid that will force users of a wider range of stamp duty land tax (SDLT) avoidance schemes to disclose them to HMRC.

The new rules will give HMRC much better access to information about these avoidance schemes and those who promote and use them. They can then be challenged and closed down more quickly.

What do you think about this…?

As expected, the end of the stamp duty holiday on 24 March led to a surge in activity in the mortgage market during that month.

Data from the Council of Mortgage Lenders shows that the largest increase in lending during March was to first-time buyers, who took out 24,000 loans. This was an increase of 74% compared to February and 57% higher than March 2011.

By value, first-time buyers took out loans worth £3 billion, up 76% from the previous month and 67% from March last year. First-time buyers accounted for 42% of total house purchase loans, the highest proportion since 2001.

Of those first-time buyers taking out a mortgage in March, 63% bought a property valued between £125,000 and £250,000 so were exempt from stamp duty. This compares to an average of around 50% since 2006 (except immediately before and after the end of the previous stamp duty concession).

Almost all first-time buyers (98%) in March took out a repayment loan, the highest since CML records began.

Halifax to pay half of stamp duty costs for homebuyers

Halifax to pay half of stamp duty bill for homebuyers on properties up to the value of £250,000.

This applies to both first-time buyers and homemovers and will reduce a buyer’s costs by up to £1,250.

However, there were significant regional variations with two out of three homemovers in East Anglia and the South West purchasing a property between £125,000 and £250,000.

At the other end of the spectrum, only 39% of homemovers in London bought within this range.

One in five properties are for sale at less than the £125,000 threshold making them stamp duty exempt, research from FindaProperty reveals. 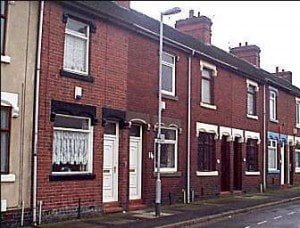 Around 70% of properties available for less than £125,000 are houses, not flats. FindaProperty says this is due to a substantially higher number of houses on the market.

Those buying in the North East of England have the best chance of finding a property below the stamp duty threshold as almost four tin 10 properties for sale cost less than £125,000.

First-time buyers have saved an estimated £319m as a result of the stamp duty holiday which began in March 2010, research from Santander reveals.

 
The two year exemption from paying any stamp duty on purchases up to £250,000 comes to an end on 24 March this year.

How will this affect the market?

House sales edged up slightly during January as an increased number of first-time buyers looked to beat the end of stamp duty holiday which expires in March, says the Royal Institute of Chartered Surveyors.

Are you in the market?

House purchase loans fell by more than three times the decline in remortgages in January, according to data released today by the Council of Mortgage Lenders.

This emphatically demonstrates the effect on the mortgage market from the end of the temporary stamp duty holiday in December.

First-time buyers recorded the largest drop among house purchasers, with a 54% drop (55% by value) from December to January, reflecting the fact that a high proportion would usually fall into the £125,000-£175,000 property value category and rushed through their purchase to complete in December.

Commenting on the data, CML director general Michael Coogan said: “It was a quiet start to the year. Lending volumes in January were low, but we had predicted this would happen due to the end of the stamp duty holiday distorting December’s figures.

“When December and January data are taken together, they show little change in underlying market conditions compared with recent months, with activity still slow but well up on the lows of a year earlier. We expect lending over the coming months to remain weak as uncertainty over of the state of the economy and the upcoming election are likely to continue to hold back housing market activity.”