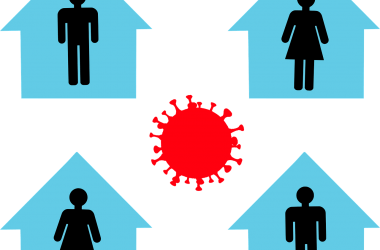 Amid the outbreak of the Coronavirus (Corvid-19) pandemic new legislation has come into force regarding landlords, tenants and the property sector in general.

Laws to protect tenants from eviction due to the Coronavirus (Corvid-19) are be brought forward by the government within its emergency legislation package.

The aim is to protect the 20 million people living in rented homes, including three million households with children.

Landlords will have to wait for 3 months rent arrears before they can begin the tenant eviction process.

From March 27th 2020 all ongoing possession proceedings are suspended for 90 days with an option to extend the suspension further.

After initially saying there were no plans to let landlords enjoy mortgage payment holiday if their tenants got into financial trouble, the government has now relented and included them within its Coronavirus (Corvid-19) plans.

The government has performed a dramatic U-turn and agreed that landlords should be offered the same three-month mortgage holidays as residential home loan holders after initially leaving them out of its original announcement.

Landlords whose tenants are in financial difficulty caused by the Coronavirus (Corvid-19) can contact their lender and arrange to suspend all mortgage payments. It is perceived that the payments will be added to the end of the existing mortgage term, so that a 25-year mortgage would become a 25-year-and-three-month mortgage.

Much of a letting agent’s / landlords work involves meeting different people and visiting homes on a day-to-day basis – and with the current events surrounding Coronavirus (Corvid-19), it is more important than ever for agents to know their rights and safety responsibilities.

It is important when carrying out property inspections and keeping comprehensive audit trails. Audit trails are a vital record of any interaction, communication or action taken with a client and are key in the event of a complaint or dispute.

Due to current restrictions surrounding Coronavirus, many people across the country are beginning to self-isolate within their homes, which can make certain parts of a landlord or letting agent’s job tricky – particularly inspections.

Landlords now have a 3 month mortgage payment holiday if required.

Tenants self isolating can refuse entry for scheduled inspections (gas safety checks etc). Landlords will need to obtain proof of refused entry to protect themselves.

If you’re affected as a landlord or tenant, feel free to contact us.

Britain’s amateur landlords struggling – those renting out one property – are struggling as they feel the impact of voids and rent arrears.

The latest research from BDRC Continental’s independent Landlords’ Panel survey reveals the proportion making either a small or large loss has doubled from 8% in Q1 2012 to 16% in Q2.

In Q1 the report identified a fall in rental arrears for the first time in a year; by Q2 the trend had reversed bouncing back to 49% from 45%.

Almost one in ten single property landlords (9%) experienced voids in the last three months that lasted just over two months or an average of 69 days.

What are your thoughts and experiences?

The Law of Property Act receivers claimed this also represents an increase of 4% compared to 71,483 in the previous quarter. The number of court orders to evict tenants increased 9% over the past year as due to rising rents and landlords becoming less lenient.

The rise in arrears has yet to filter through to landlords, with total Buy-to-let mortgage arrears cases falling by 12% over the past year.

Paul Jardine, director and receiver at Templeton LPA, said: “There’s no denying that tenant finances have been under mounting pressure in the last six months. Rents have risen consistently in the past year to a record high and the cost of living is taking its toll. This is causing many tenants on lower incomes to fall further and further behind with monthly payments. But with demand so strong for rental properties, and rental income providing the lion’s share of annual return at present, many landlords are becoming less lenient with arrears and seeking court orders to remove non-paying tenants before they themselves fall into mortgage arrears.

“The increasing number of tenants struggling to meet the monthly rent has yet to filter through to landlords’ ability to pay the mortgage each month. In part, this is down to the change in mentality of landlords, who are acting earlier to identify and resolve payment issues or remove difficult tenants before mortgage payments are affected. But with rental incomes at record highs, many landlords have taken the sensible action of setting aside slush funds or buying rental guarantee insurance – which have borne the brunt of any non-payment.

“The full impact of public sector spending cuts is yet to be felt, and rent rises are unlikely to slow in the immediate future. Tenant finances will continue to be placed under pressure, and it is crucial that landlords do not delay in contacting tenants to nip any potential payment problems in the bud as amicably as possible. Otherwise, buy-to-let mortgage arrears will begin to climb as the year progresses.”

Tenant eviction specialists, Landlord Action, have successfully collected outstanding rental arrears in the sum of £92,000 for a single property, the largest case they have been instructed on since their inception in 1999.

When Ms Vanessa Headley let out her penthouse apartment in the prestigious Putney Wharf Tower five years ago, she immediately fell foul of a rogue tenant who failed to pay the rent from the outset, despite being served notice and making numerous promises of payment. When her solicitor failed to assist her case, Ms Headley called in Landlord Action,

Paul Shamplina, founder of Landlord Action comments, ” When the client came to us back in April the rent arrears were already over £40k and, although I confirmed I would be able to evict her tenant and regain possession of her property, I felt it unlikely we would be able to collect the money that she was owed, due to the large amount involved”

However, things took a turn in Ms Headley’s favour when bankruptcy papers were served to the debtor at his residence in Watford the following August, as Paul explains,

“it was at this stage we made a note of a Mercedes and an Aston Martin parked on the drive giving us cause to rethink the situation and suggesting to Ms Headley that she used a High Court sheriff to escalate the case in an attempt to collect the monies owed. After several visits by the enforcement officers, the debtor eventually agreed to pay up, only to negate leaving the officer with no alternative but to clamp the Aston Martin and seize both cars.”

David Carter, Director at The Sheriffs Office said ‘we are very pleased to have been able to assist Landlord Action on this case. With the seizure of two luxury vehicles, The Sheriffs Office was able to recover the large rent arrears for Landlord Action’s client in full. We find that Sheriffs High Court enforcement is frequently the most effective option for the recovery of rent arrears, as was proven in this case.”

Vanessa Headley commented: “Having consulted various solicitors, I found them all completely ineffectual and pessimistic leading me to believe that I would never recover anything. Fortunately, Landlord Action are streets ahead of any other solicitors I had spoken to and I can’t thank them enough; I never thought for a moment I would see a penny from this guy but their perseverance and professionalism has meant that I have both my property back and the outstanding arrears.

They have clearly defined fees which made it easy for me as the last thing I wanted was unexpected costs on top of the rent arrears.”

Paul concludes “Thankfully the enforcement officers I used at The Sheriffs Office did a fantastic and professional job in pursuing the debtor and eventually collecting the £90k rent arrears with the client being delighted at the outcome.

However, although this case has ended well this problem has become increasingly common throughout the recession as more armchair landlords enter the market that do not have the knowledge about buy-to-let and therefore may not have carried out sufficient tenant checks. This exposes them to the risk of finding themselves in a similar situation to Ms Headley and we hope this will be a stark warning to others of the crucial need for sufficient tenant referencing.”

New figures show that in the second quarter of this financial year (2010/11) the overall rise in housing problems was fueled by big increases in enquiries about homelessness, both actual and threatened.

CAB also continued to deal with a big increase in rent arrears to private landlords with rent arrears cases rising 19% (from 5,876 to 7,020.

Citizens Advice chief executive Gillian Guy said: “Housing has always been one of the top four issues dealt with by Citizens Advice Bureaux, but this big increase in the number of homelessness enquiries we are seeing is very worrying.

“The rapid growth in rent arrears to private sector landlords should also ring loud alarm bells with the government, MPs and local councils as they consider the likely impact of the big cuts to housing benefit that are looming.

“Most of the private tenants we see with rent arrears are on incomes of less than £1,000 a month, and many are in low paid work, or have lost their job in the recession and fallen into debt as a result of the sudden big drop in income.

“Many are already struggling to meet a shortfall between housing benefit payments and their rent. The planned cuts could tip tens of thousands more individuals and families into rent arrears, putting them at real risk of homelessness.”

It follows recent data released by the National Landlords Association (NLA) showing a fifth of private-residential landlords had tenants in rent arrears during Q2 2010.

Whilst one-third of landlords had never sought to end a tenancy, the survey found 23.3% had because of anti-social behaviour by tenants.

Landlords reported that in 57% of possession cases the tenants took less than three months to move out, while 81% of cases were resolved within five months.

David Salusbury, chairman, NLA, commenting on the research results, said: “Gaining possession can be very costly for landlords, especially when it is related to rental arrears. Many landlords have mortgages to pay on top of the expense of gaining possession.

“One-third of landlords have reported paying between £250 and £1,000 to have tenants removed. This amount is often compounded by late rent payments.”

Despite low interest rates and signs of stability, 2010 will continue to pose some challenges for private landlords.

This is according to Landlord Assist, who says that whilst there are signs of optimism in the market, private landlords still face growing rent arrears caused by continued unemployment rates and the ongoing failure of the Local Housing Allowance system – whereby rent paid to cover housing costs is paid to the tenant, in the hope that they pass it on, instead of directly to the landlord.

In addition to facing rent arrears, landlords also continue to operate against a raft of administration and legislation in order to keep their properties let and the rents coming in.